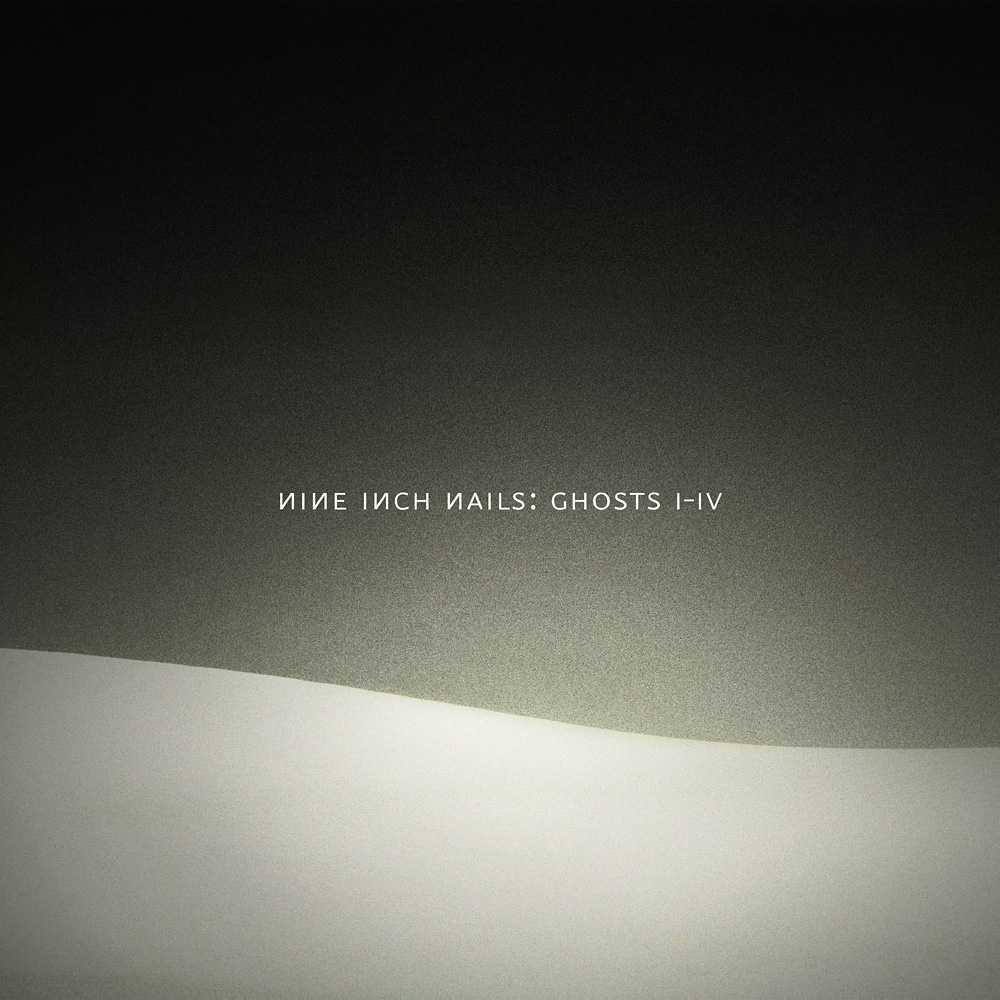 Trent Reznor explains, "I've been considering and wanting to make this kind of record for years, but by its very nature it wouldn't have made sense until this point. This collection of music is the result of working from a very visual perspective - dressing imagined locations and scenarios with sound and texture; a soundtrack for daydreams. I'm very pleased with the result and the ability to present it directly to you without interference. I hope you enjoy the first four volumes of Ghosts."

This music arrived unexpectedly as the result of an experiment. The rules were as follows: 10 weeks, no clear agenda, no overthinking, everything driven by impulse. Whatever happens during that time gets released as... something.

The team: Atticus Ross, Alan Moulder and myself with some help from Alessandro Cortini, Adrian Belew and Brian Viglione. Rob Sheridan collaborated with Artist in Residence (A+R) to create the accompanying visual and physical aesthetic.

We began improvising and let the music decide the direction. Eyes were closed, hands played instruments and it began. Within a matter of days it became clear we were on to something, and a lot of material began appearing. What we thought could be a five song EP became much more. I invited some friends over to join in and we all enjoyed the process of collaborating on this.

The end result is a wildly varied body of music that we're able to present to the world in ways the confines of a major record label would never have allowed - from a 100% DRM-free, high-quality download, to the most luxurious physical package we've ever created.

More volumes of Ghosts are likely to appear in the future.

The music is quite cinematic and never boring. The kind of album you just put your headphones on and close your eyes.

Thanks Trent.
Reviewer: norelpref - favoritefavoritefavorite - March 23, 2008
Subject: Great business model
While I applaud loudly the DIY ethic and the business model espoused by NIN and Radiohead I have to say that "Ghosts" left me wanting a bit more substance. When I saw that Adrian Belew was on board, I expected some really interesting noises. However, Belew's contributions are minor and in some cases barely audible.

The sparse piano stuff and overly distorted guitar sections could have been lifted from any modern package of samples.

As material for film, perhaps this music works on that level. But there's nothing very extraordinary here, in my view. Ambient? Perhaps. But Eno and Fripp were doing works far more compelling than this in the seventies.